Bumper Plates and Olympic Plates: What You Need to Know 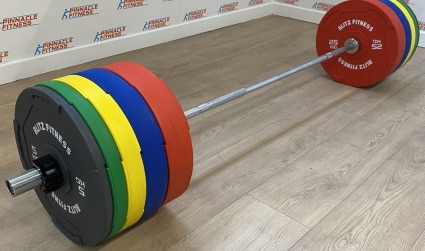 It can sometimes be confusing when you start weightlifting and experiment with barbells. These can be a great way to build muscle strength if you use them safely, but there is also lots to learn in order to get the most out of them.

One of the most important things besides technique is to learn about the types of weight plates.

You will probably hear quite a bit about Olympic plates and standard plates. But what about bumper plates? You will see these around a lot. They are a variation on Olympic plates, but with some key differences.

Here’s what you need to know about both types of weight plates to help you make the right choice in the gym.

Olympic plates are used by professional athletes, and you’ve probably seen them lifted during the Olympics. But they are also popular with people in gyms around the world, usually people who are more serious about weightlifting.

They look similar to standard plates from the outside, but there are important differences between them.

For a start, the holes in the weight plates are larger. They are two inches in diameter, as opposed to smaller one-inch holes in standard plates. This is because they fit onto Olympic bars, which are two inches wide.

They are also slim, so multiple weight plates can be stacked onto barbells. And they are very durable and designed to last a lifetime.

Olympic plates are also precision tested, which means the weights are exact. So when you use these, you know exactly how much you are lifting. This is important for anyone who wants to get more serious about weightlifting.

Bumper plates are not a completely different category. Instead, they are a variation on Olympic plates. They are sometimes called non-standard Olympic plates or bumpers.

The biggest difference between them is the most obvious: they are covered in rubber. They are often made from steel, and the solid rubber layer around them provides protection, not just to the weight plates but also to the floor and any other equipment when they are dropped.

The rubber comes in different colours that correspond to different weights. This makes it convenient to choose the correct weight when you are working out.

They usually have a smaller circumference than Olympic weights, and they also have an upturned edge, making them easier to lift and more convenient to stack.

Which Should You Use?

So, which type of weight plate is right for you? Olympic weights are popular, and these are the weights that the pros use. Their slim design makes for easy stacking, they are durable and they are ideal for anyone serious about weights.

However, bumper plates are popular too. They are excellent if you are concerned about damaging the floor or equipment in your gym or home gym.

Not only does the rubber provide protection, but it is also dense, which helps to prevent bouncing that could otherwise cause injuries. They are also quieter when dropped or when stacked. If you have a busy gym, this can help to keep the noise levels down.

The best way to work out which type of weights you prefer is to try them both. You may enjoy using both types of weights, or you may decide to stick to using one. They both have advantages, so try them out and see how you get on. 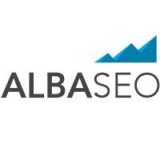 Caroline is the owner of Alba SEO Services which offers quality SEO services to SME's. Established since 2013, Alba SEO has a track record of success. You can follow Alba SEO on

If you'd like to submit a guest blog get in touch.

Do you own a UK business? Advertise it for free and generate new leads, reviews and interest. Joining our directory can also help the search engines like Google and Bing understand your business better and who you serve.

This website uses cookies to improve your experience while you navigate through the website. Out of these cookies, the cookies that are categorized as necessary are stored on your browser as they are essential for the working of basic functionalities of the website. We also use third-party cookies that help us analyze and understand how you use this website. These cookies will be stored in your browser only with your consent. You also have the option to opt-out of these cookies. But opting out of some of these cookies may have an effect on your browsing experience.
Necessary Always Enabled
Necessary cookies are absolutely essential for the website to function properly. This category only includes cookies that ensures basic functionalities and security features of the website. These cookies do not store any personal information.
Non-necessary
Any cookies that may not be particularly necessary for the website to function and is used specifically to collect user personal data via analytics, ads, other embedded contents are termed as non-necessary cookies. It is mandatory to procure user consent prior to running these cookies on your website.
SAVE & ACCEPT